Since 2008, Stripes has partnered with the United Way and has raised almost $2.6 million for the United Way agencies through the Stripes Annual Turf and Surf fundraisers. 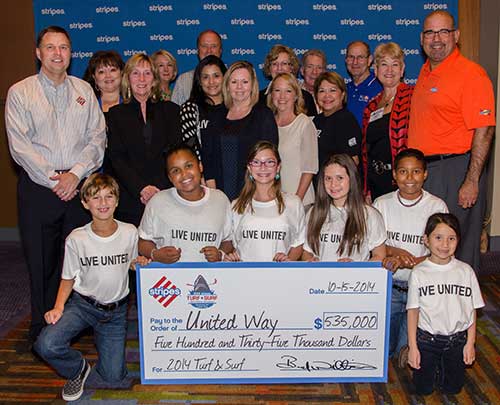