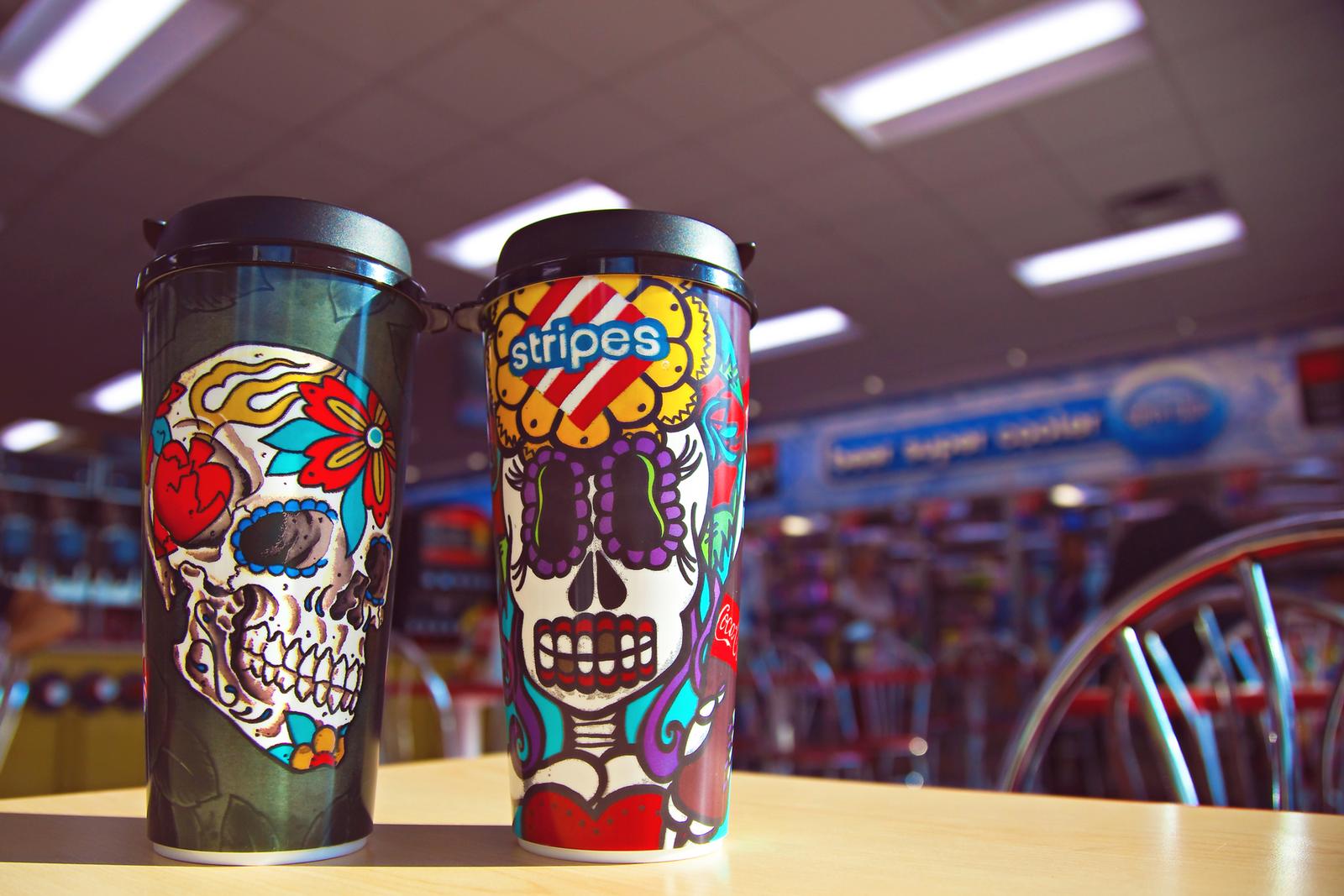 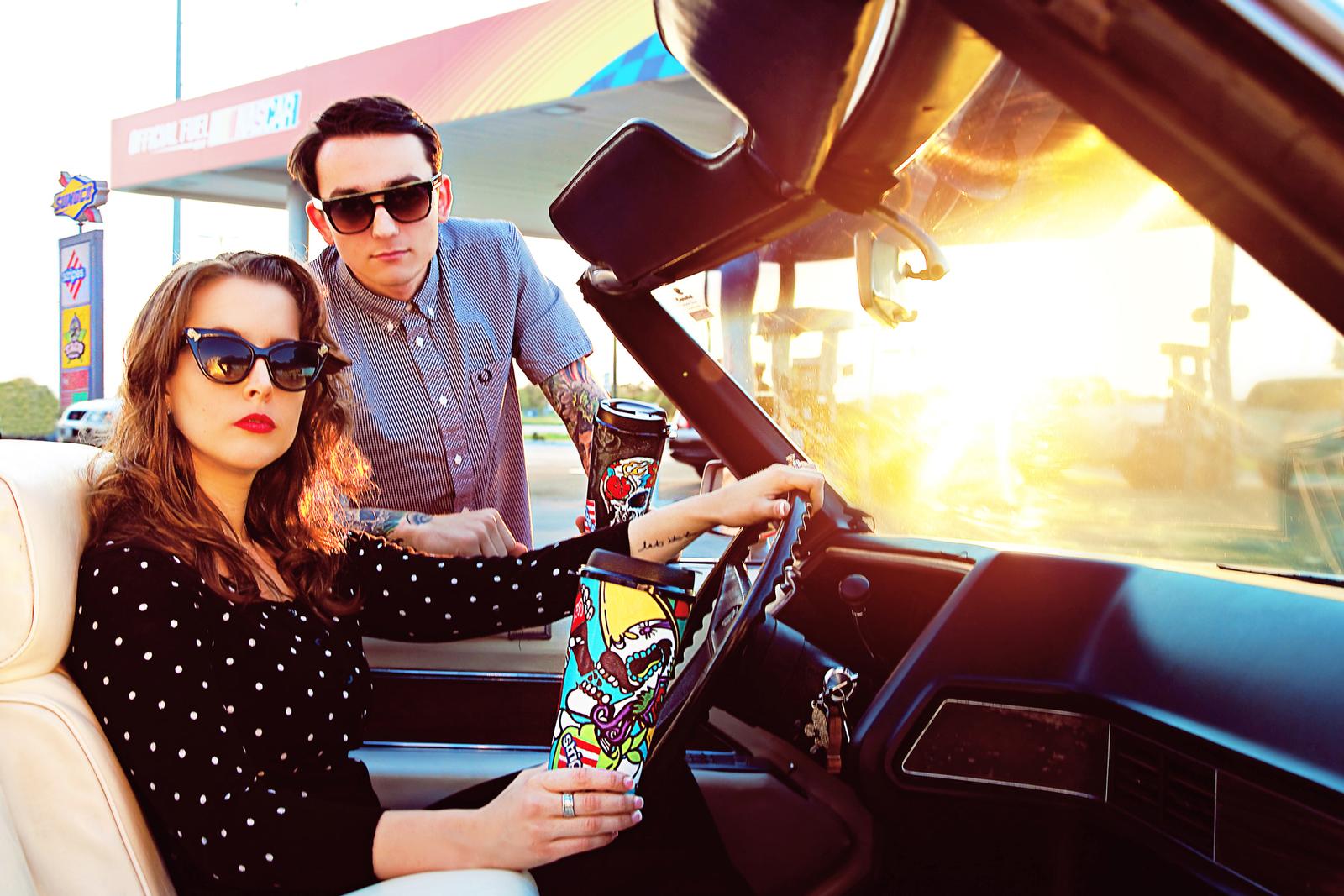 Both artists commissioned by Stripes Stores and Coca-Cola were given the creative freedom to design their own interpretation of the Companies’ commemorative Día de Los Muertos cup. Rector painted an original 16” by 20” piece and drew her inspiration from her South Texas roots using acrylic paint. Lain used watercolors to design his 8 ½” by 11” original pulling from the culture of calling South Texas his home. Each artist was asked to incorporate the Stripes Stores and Coca-Cola logo on their design.

Rector designed the turquiose cup with the “Dia de los Muertos” couple and Lain designed the charcoal tumbler with a traditional calavera design.

Customers interested in a chance to win a 2015 Limited-Edition Día de Los Muertos commemorative cup must submit their best Día de los Muertos face painting photo through a comment on the Stripes Facebook page  starting October 30, 2015. Winners will be chosen at random and will be announced on November 2, 2015.