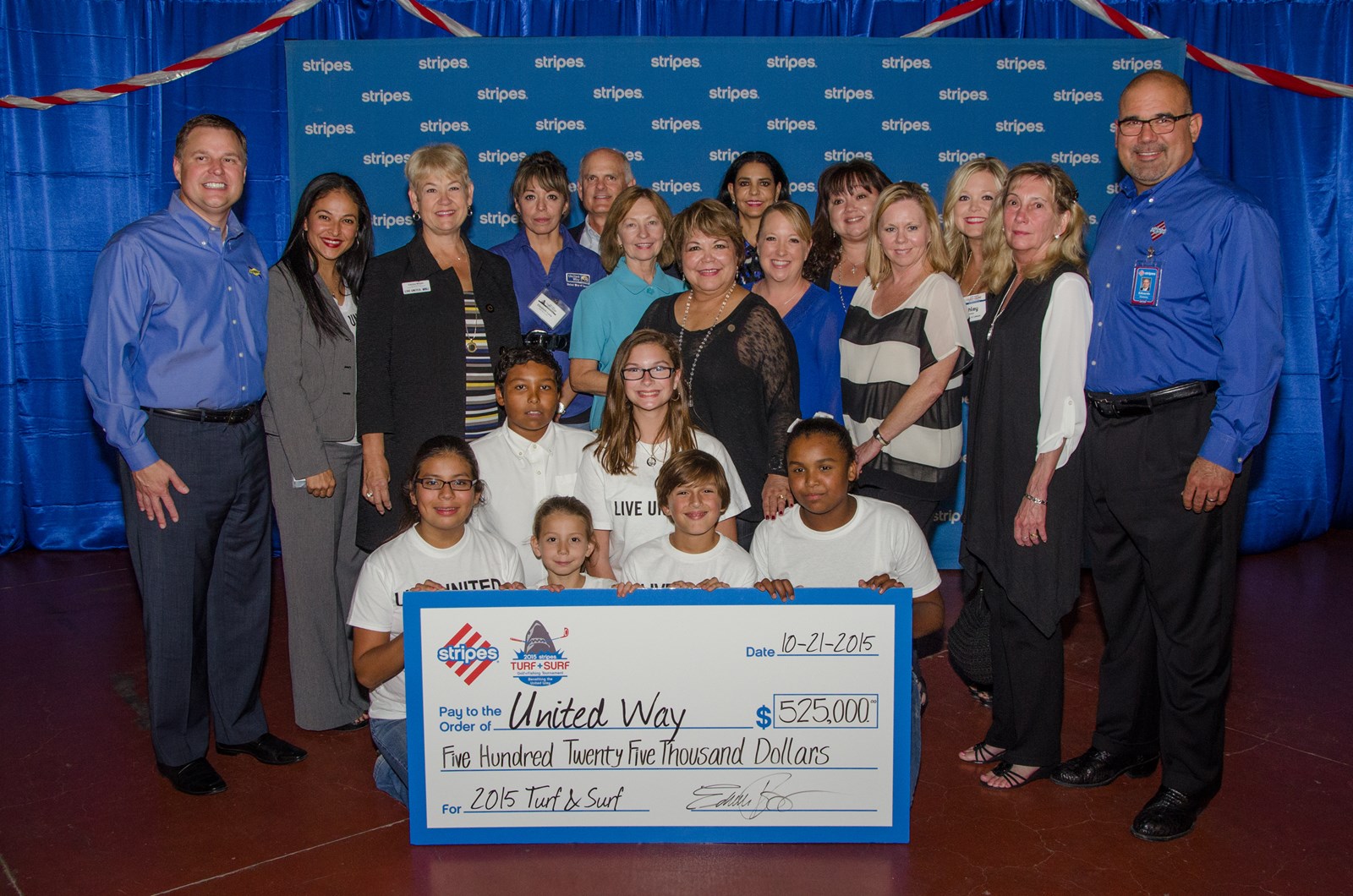 “We are very proud of our Stripes team, our generous suppliers and the power of our partnership with United Way as we serve the communities where our customers and employees live and work,” Pereda stated.

The fundraiser featured an appreciation dinner which offered a raffle, silent auction, bid board auction, and a live auction. The festivities will continue today with three rounds of golf and a fishing tournament.

Since 2008, Stripes has partnered with United Way and has raised more than $3 million for United Way agencies through its annual Stripes Turf + Surf fundraisers.